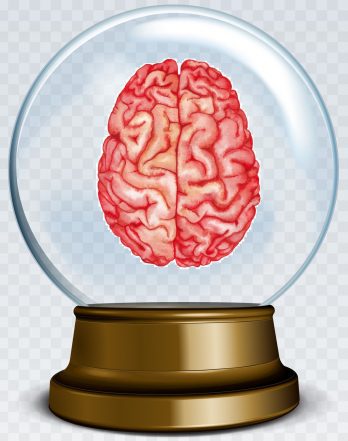 It is a known fact that our eyes move faster than our brain is able to comprehend. Thus in order to compensate for this lapse, our brain has the remarkable ability to “predict” what our eyes will see next. Until recently, this phenomenon was largely unexplainable; however, research in the University of Scotland has determined how this process unveils, and how, in a sense our brain has the ability to work as a crystal ball.

Published in the Scientific Reports journal, scientists at the University of Glasgow in the United Kingdom had previously used functional magnetic resonance imaging (fMRI) and optical illusions to better understand what’s occurring in our brains when we see. As it is already established that our eyes transmit information to the brain through the optic nerve — a process known as feedforward input — the study particularly focused on brain feedback input, which is the neurological process where the brain sends information to the eyes. According to the study co-author Gracie Edwards, “Feedforward and feedback information interact with one another to produce the visual scene we perceive every day.”

The study utilized twenty seven volunteers; the fMRI focused on their visual cortex — the area of the brain involved in processing vision — while the volunteers viewed an optical illusion. This illusion entailed looking at two, stationery flashing squares; however, it appeared as though one square was moving between two locations. Results demonstrated brain feedback — they revealed that during the flashes, the visual cortex feedback updated to a new predicted coordinate; fMRI scans also showed that our brains simultaneously adjust predictions as our eyes move. These results were crucial, as they added to our existing understanding of neuroscience and the brain’s fascinating ability to predict future acts. To keep our vision “smooth”, our brain must foresee the location of a moving object; the study’s results allowed researchers to observe this mechanism directly.

Although this discovery is exciting by itself, the possible implications of it is even more exciting. For instance, knowing how the brain processes vision could eventually help us create brain-inspired forms of artificial intelligence. Currently, artificial intelligence uses a feedforward mechanism where it collects information and processes it in a main computer. However, it lacks a feedforward predictive mechanism. Incorporating this could unleash the gate to more breakthroughs in artificial intelligence, as well as allowing it to become more robust and flexible. Some experts warn that we should take a grain of salt with these discoveries, though; in other words, just because we could do something, it doesn’t mean that we should. Granting robots the intelligence equivalent to the human brain could lead to the beginning of the end for humanity.

Nonetheless, it is crucial to learn as much about the brain as possible, because in the long run, this knowledge could aid in treatments for brain injury or other neurological ailments. Our brain doesn’t work exactly like a crystal ball, yet, the fact that it could foretell objects seconds before our eyes glance at them is a testament to the power of the human brain, and the intricacies of the human body. 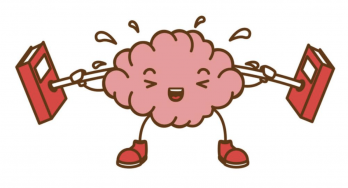 It is a well known fact that as we age, our brains do, as well. This is noticeable in memory lapses, decreased cognitive strength and the decreased ability to learn. In a world where life saving drugs and antibiotics exist, shouldn’t there be a way to strengthen our brain, or improve its function in the long-term? Couldn’t there be a safe, effective supplement — like a multivitamin for the brain — that would ensure long-living, healthy brains? As this reasonable neuroscience question floated around for the past couple of decades, numerous pharmaceutical companies have jumped at this opportunity to deliver.

One of these companies is Quincy Bioscience, the manufacturer of the well-known, advertised product: Prevagen. This daily supplement aims to improve memory and overall cognitive function; it contains a calcium-binding ingredient originally found in jellyfish (known as apoaequorin). However, like all over-the-counter supplements, Prevagen’s statements have not been evaluated by the FDA. Although the television commercial doesn’t mention any major side effects for the drug, one must wonder whether the drug is truly effective. Evaluating this notion, a Harvard University blog assesses the claims that Quincy Bioscience makes. For instance, the main ingredient, apoaequorin, has no known role in human memory; experts believe that these types of supplements would be digested in the stomach, and not have an impact on our brains.

In the case of Prevagen, the company portrays a rise from 5% to 20% in “recall tasks” over the course of ninety days; yet, as the phrase, “recall tasks” is loaded with ambiguities, there’s no definite way to determine what these numbers represent. Furthermore, a published study on apoaequorin demonstrates minimal memory improvement; specifically it is unlikely to be absorbed to a significant degree as it would degrade into amino acids (monomers of a protein).

Since the United States Federal Trade Commision wasn’t convinced by the supplement’s benefits, it charged the supplement maker with false advertising; Quincy Bioscience was accused of selectively reporting data and misleading the public by claiming that Prevagen is “clinically proven” to improve cognitive function. More recently, in November 2020, a federal judge approved a settlement which required the manufacturers of Prevagen to provide cash payments to those who purchased the product. Even though the company admitted no wrongdoing, they agreed to stop marketing Prevagen with statements that it can improve memory without disclosing concrete scientific and clinical data.

Unfortunately, Prevagen is not the only supplement that has been credited with making exaggerated claims. It falls into a wider class of supplements known as pharmaceutical nootropics, or those that are meant to enhance memory and cognitive function. Booster drinks like “Shot of Genius”— which declare to provide customers with a boost in energy and brain function — and fall into this category. Despite the fact that the claims surrounding these products are unsubstantiated by clinical research, it has taken the market by a storm; the global nootropics market was valued at $2.17 billion in 2018, with an expected compound annual growth rate of 12.5% by 2025.

Nevertheless, there are other, less invasive ways to enhance brain function in the long-term. Arguably one of the most notable achievements in neuroscience is that it was demonstrated by research in mice and humans that it doesn’t take a neuro-centered multivitamin to improve brain function and slow the brain’s aging. Simple actions like receiving mental stimulation — by completing puzzles, fulfilling a meaningful hobby, or learning something new — will foster new connections between nerve cells and help the brain develop new cells, subsequently developing flexible neurological plasticity. This creates a functional learning reserve that would not only strengthen the brain, but also combat future cell loss. Overall, following a healthy lifestyle will lead to a healthier, stronger brain. Therefore, it doesn’t take a pill, or any other pharmaceutical product to strengthen our brains — it takes a brain. 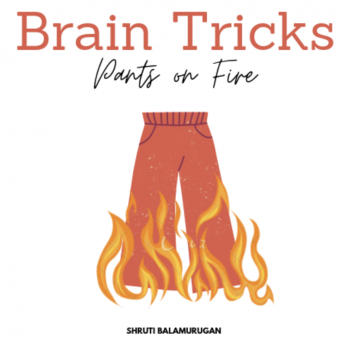 We’ve all heard the phrase ‘Liar Liar, Pants on Fire’; it’s a common, charming phrase often
found in the children’s vernacular, used primarily when one has caught someone or suspects
someone to be lying. Maybe you’ve even used it once as a kid yourself — or adult, who am I to
say?

Is This Your Card? 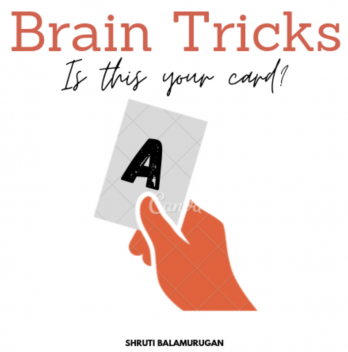 I pride myself on being a person with common sense. I pride myself on not being an idiot most of the time. I like that I’m rational and usually logical. You probably are too! You and I hold a plethora of information about how the world works in our brains, likely more than any species has ever had before. Humans have built cars and buildings, created language, harnessed electricity, seen atoms, and figured out how they work. What a race the humans are! What triumphs of rationality and intelligence!