The Science Behind Dreams 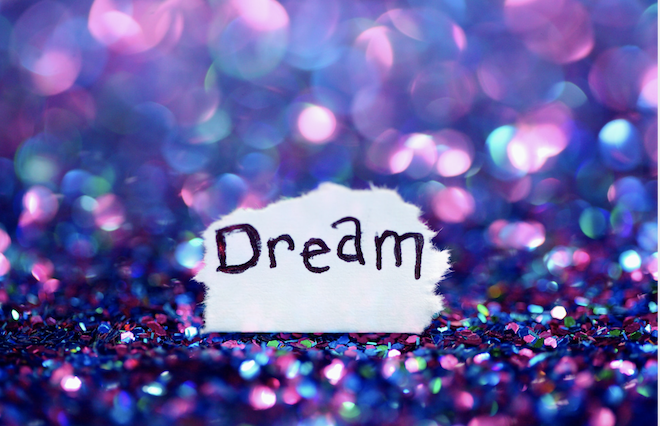 Throughout the ages, people have pondered the significance of dreams. The Greeks and Romans were convinced that dreams had prophetic powers but it wasn’t until the end of the 19th century that Sigmund Freud and Carl Jung came up with some of the most widely-known theories to date.

The principle of repressed longing was fundamental to Freud’s philosophy, with the premise that dreaming allows us to sort through unresolved, repressed desires. Carl Jung (who studied under Freud) shared Freud’s confidence in the psychological significance of dreams but he suggested different interpretations of their meaning.

The “activation-synthesis hypothesis,” argues that dreams are nothing more than electrical brain impulses that pull random thoughts and imagery from our memories. Humans, according to the theory, develop dreams after they wake up in an effort to make sense of it all. Whereas the “threat simulation theory” proposes that dreaming is an ancient biological defence mechanism that provided an evolutionary advantage by enhancing the neuro-cognitive mechanisms necessary for efficient threat perception and avoidance through its ability to repeatedly simulate possible threatening events.

In a study conducted by Cristina Marzano and her colleagues at the University of Rome, they used the latest MRI techniques to investigate the relationship between dreaming and the role of deep-brain structures. The researchers discovered that parts of the amygdala and hippocampus are connected to vivid, bizarre and emotionally intense dreams (the dreams that people typically remember). While the amygdala is responsible for the processing and memory of emotional responses, the hippocampus has been linked to important memory functions such as information consolidation from short-term to long-term memory.

In another study performed by the same team, the scientists predicted the likelihood of successful dream recall based on a signature pattern of brain waves. To do this, they invited 65 students to spend two consecutive nights in their research laboratory.

The students were allowed to sleep the first night to get used to the sound-proofed and temperature-controlled rooms. The researchers recorded the students’ brain waves while they slept on the second night. “Delta,” “theta,” “alpha,” and “beta” are the four types of electrical brain waves that our brain experiences. Each one represents a different speed of oscillating electrical voltages and the electroencephalography is made up of them all (EEG).

The students were woken up at different times and asked to fill out a dream diary, detailing whether or not they dreamed, how often they dreamed and whether or not they remembered the content of their dreams. While previous research has shown that people who are awakened immediately after REM sleep are more likely to remember their dreams, this study explains why. Participants with higher levels of low frequency theta waves in their frontal lobes were also more likely to recall their dreams.

This finding is intriguing because the increased frontal theta activity observed by the researchers resembles the successful encoding and retrieval of autobiographical memories that we see while awake. That is, the same electrical oscillations in the frontal cortex are responsible for the recall of events that occurred to you. Therefore, these results indicate that the neurophysiological pathways we use to build and retrieve memories while awake are the same as those we use while dreaming (and remembering dreams).

Charcot-Wilbrand Syndrome has been known to cause (among other neurological symptoms) loss of the ability to dream.  A patient reported losing her ability to dream a few years ago, despite having virtually no other lasting neurological symptoms. The patient had a lesion in the right inferior lingual gyrus, which is a part of the brain (located in the visual cortex). As a consequence, we know that dreams occur in or are transmitted through this part of the brain, which is connected to vision processing, emotion and visual memories.

Dreams tend to assist in the development of feelings by encoding and reconstructing memories. What we see and experience in our dreams may or may not be real, the feelings we feel as a result of them are. By constructing a memory of an experience, our dreams ultimately attempt to eliminate the emotion from it. This is important as severe REM-sleep deprivation is becoming increasingly linked to the onset of mental health issues.