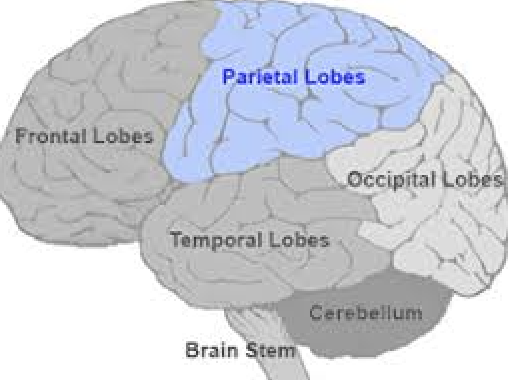 What does the parietal lobe do? The Parietal lobe Is incharge of sensations from around the body like Touch, Pressure, Heat, Cold and Pain And the knowledge of numbers and their relations. Believe it or not, The parietal lobe creates a mental ap on what is surrounding us. The parietal lobe basically keeps us from bumping into things and can help you feel things.

I hope that a lot of people learned about the parietal lobe from this Article like I have from making it! I Hope you read the other articles too! Thank you for your patience. See you in the next Article.