If Only : The Never-Ending Scene of Regret 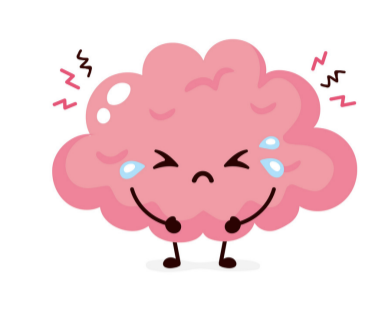 Words and actions are something you can never retract. Try picturing this : you just walked out from your friend’s house, with your head down in disappointment and embarrassment. Your words have hurt your friend more than you’ve ever hurt anyone, and you truly didn’t mean to misuse your words like that. Your mind keeps thinking back to what you said, and you just wish that you could somehow go back in time to retract your actions. Does this sound familiar to you? If so, you’ve experienced the terrible sense of regret.

Although many people try to forget about their regrets in the past, it’s definitely not an easy task. As you continue to ponder about why your brain reacted in such a hurtful or negative manner, regrets are considered to be bad decisions that someone has taken. When you continue to fill your mind up with these negative thoughts, it is known as counterfactual thinking. According to google, “Counterfactual thinking is a concept in psychology that involves the human tendency to create possible alternatives to life events that have already occurred; something that is contrary to what actually happened.”

As obvious as it may seem, there is a clear difference between regret, and disappointment. Though it might seem rather confusing at the beginning, experiences definitely teach an individual how to act based on their decisions and situation, whether it is positive or negative.

But how would this relate to the brain, you might ask? When you have a sense of regret, regions that are sensitive to your individual emotions activate in great amounts. Specifically, the orbitofrontal cortex (an area of the prefrontal cortex) as well as the amygdala (a core fear system in the brain and body) have a greater sense of activation when you have a feeling of regret, when compared to disappointed or depressed emotions.

In addition, the sense of regret is only caused because of a bad/poor decision you might have taken. In other words, this depressing sense develops when you have two or more choices that you must choose from, and your brain gets overwhelmed during your train of thought. When your brain decides to take the more effortful option : rejecting the option that was originally given to you in your decisions. This process of overwhelming decisions in your brain involves a particular area of the basal ganglia in your brain. This region takes part in making your decisions, and plays a major role in the sense of regret.

Next time when you have various paths of decisions that you are allowed to take, remember to truly think about what you, your brain, and your heart would desire : you definitely would not want to deal with regret.